Some 25 years ago in Perth, singer-guitarist Mark Lizotte (aka Diesel) finalised the line-up for his band at that time, Johnny Diesel and the Injectors. Within a matter of months they were on their way across the Nullarbor, blitzing it live and heading for a national top 3 album chart debut. In those intervening years since leaving Perth, he has sold in excess of 800,000 records and become a household name, simply as 'Diesel'. 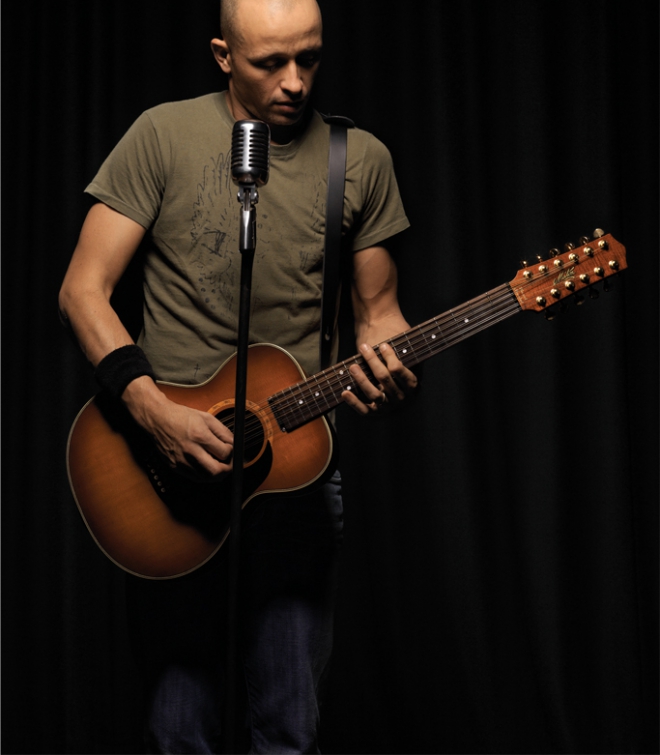 Just winding back the clock for a minute, when he signed to Chrysalis records as Johnny Diesel and the Injectors, he gradually moved away from the straight blues to a more sophisticated R&B style with the vocals front and centre.  The band eventually folded, the “Johnny” disappeared, and Diesel released a string of gold and platinum albums and earned a swag of ARIA Awards (including Best Male).  He has had ten Top 10 albums and more than a dozen Top 20 singles.


Diesel’s career has also taken him to the four corners of the globe, including a lengthy stint in New York.  He continues to be one of the country’s foremost live performers playing around 150 shows a year either solo or with a band.

And after 25 years, just when we thought we knew him, Diesel came out with an album that defied all preconceptions.

“I was doing these shows called ‘Under the Influence’ just for fun” says Diesel.  “One night it would be Jimi Hendrix or Al Green and then another night I’d do the three Kings (Albert, Freddie and B.B)” he adds.  “I thought it would be good to make a record like that.”
It seemed like it was the right time to declare some of his influences over the 25 years..

So in less than a fortnight in the studio, Diesel and his well-drilled touring band slammed down a selection of songs made famous by Jimi Hendrix (‘Spanish Castle Magic’ and ‘Wind Cries Mary’); Al Green (‘Can’t Get Next To You’ and ‘I’m A Ram’); Neil Young (‘Cinnamon Girl’) and lesser known tracks by the Sonics (‘Have Love Will Travel’), Louis Prima (‘Caladonia’), Link Wray (‘Rumble’) and Albert King (‘Cross Cut Saw’) among others.

The styles range from straight soul to blues, jump blues. R ‘n’ B, classic rock, and even obscure garage punk.  Plus the three original instrumental compositions, Thang(s) 4, 5 and 6 which highlight the musical genius of the man.

‘Under the Influence’ is one of the most eclectic albums of Diesel’s career and also one of the most upbeat and accessible.  “I really just chose the songs that I liked,” says Diesel.  “We all know that Hendrix was an amazing guitarist but people forget that he was also one of the great songwriters of any rock era.”

“And that’s true for almost all of these songs.  The Sonics for example, are an obscure garage rock band from the ‘60s that I really love.