Although born in New Zealand and raised in nearby Australia, Keith Urban made his biggest splash in Nashville, where he helped rewrite the rules of contemporary country music.


By embracing drum loops and elements of Top 40 pop, Urban wrote songs that appealed to a wide audience, effectively satisfying his Nashville fans without alienating those more accustomed to pop music. He also became a genuine celebrity, known for his good looks, marriage to Nicole Kidman, and outspoken battle with alcoholism. Even so, it was the music that maintained Urban's career, from his work with the Ranch during the late '90s to the acclaimed solo albums that followed. 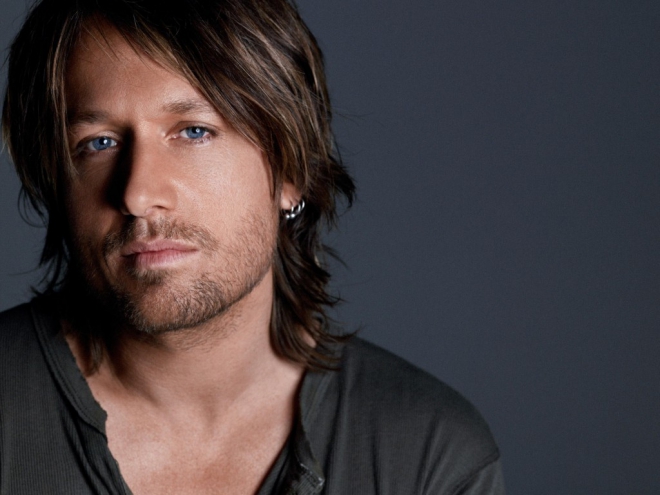 Keith Urban began learning guitar as a six-year-old. His father, the owner of a local convenience store, agreed to hang a guitar teacher's flyer in his shop window in exchange for free lessons. The lessons went to his son, who demonstrated natural talent on the instrument and won several talent competitions while still in elementary school. Urban grew comfortable on-stage, and he worked on his singing and acting abilities as a member of the Westfield Super Juniors, a local theater company. Meanwhile, he took a cue from his father (who had a deep interest in American culture and country music) by gravitating toward the work of Glen Campbell, Dolly Parton, Don Williams, and Jimmy Webb, all of whom inspired his early attempts at songwriting. Urban added his own dimension to those influences when he discovered Dire Straits and became interested in the fretwork of Mark Knopfler, which led to in-depth study of Knopfler's technique.

Australian country music was primed for a revolution at the start of the '90s, and Keith Urban -- young, brash, and blonde, with a guitar style that owed heavily to rock & roll -- was part of that transformation. After signing with the Australian branch of EMI Records, he issued his first album and scored several number one hits in his home country. Even so, Urban's sights remained on Nashville, TN, which he considered to be the birthplace of the music he loved. Having already taken trips to Nashville to forge career bridges, he soon decided to base himself in the city. His Australian bandmate, drummer Peter Clarke, also came along, and the two formed the Ranch during their first few months in America. Although their original bass player returned to Australia, West Virginian Jerry Flowers quickly stepped in.

The Ranch's music was raw and rowdy, more indicative of Australian pub rock than Nashville's country scene. Nevertheless, the band netted a record deal with Capitol Nashville and a management contract with Miles Copeland, who had previously managed the Police. The group's debut album, The Ranch, was released to moderate acclaim in 1997, but Urban was forced to take a break when he developed throat problems, and the Ranch disbanded soon after. While Urban remained on vocal rest, other artists called upon him to play guitar on their records. Garth Brooks asked Urban to perform on Double Live, the Dixie Chicks invited him to play on their second album (which featured a reworked version of "Some Days You Gotta Dance," a song that also appeared on the Ranch's debut), and Matt Rollings -- one of Nashville's top producers -- hired Urban as a session player for his latest album. The two quickly clicked.

Impressed with Rollings' knowledge of Nashville's session players, Urban asked him to produce his next solo record. Released in 1999, the self-titled Keith Urban spawned four hit singles and paved the way for his successful career in America. A tour in support of that album saw Urban opening for major acts like Dwight Yoakam, Faith Hill, and Tim McGraw, as well as headlining his own shows. Urban found more success with 2002's Golden Road, which sent three singles to the top of the country charts and went triple platinum in the U.S., as well as 2004's Be Here, which bested the feats of its predecessor by selling over four million copies. Keith Urban was now a contemporary country superstar, replete with Grammy nominations and paparazzi attention, and his label capitalized on that attention by reissuing the Ranch's debut album later that year. An anthology of Urban's work, Days Go By, followed in 2005.

The next year, Urban continued to attract media attention with his highly publicized engagement (and June marriage) to fellow Australian Nicole Kidman, plus his voluntary entry into a rehabilitation center for alcohol abuse. He postponed all his upcoming promotional appearances while in treatment, although the album Love, Pain & the Whole Crazy Thing was released in November as scheduled. It failed to produce a number one hit (the first of Urban's solo albums to do so), but Love, Pain & the Whole Crazy Thing still went double platinum in America, aided in part by a successful tour with Carrie Underwood.

Urban returned to the top of the charts in 2008 with a re-recorded version of "You Look Good in My Shirt," which had originally appeared on 2002's Golden Road. The new version appeared on his latest compilation record, Greatest Hits, and its success helped pave the way for Urban's next solo album. Released in 2009, Defying Gravity found him singing about life with Nicole Kidman on songs like "Sweet Thing" and "Only You Can Love Me This Way," both of which peaked at number one. Meanwhile, "Kiss a Girl" became his highest-charting single to date on the pop charts, and two additional tunes -- "'Til Summer Comes Around" and "I'm In" -- both charted well in the country market, making Defying Gravity a crossover success.

Nearly three years had passed between the release of Love, Pain & the Whole Crazy Thing and Defying Gravity. Urban worked quickly on his next album, though, releasing Get Closer during the final months of 2010 and returning to the charts with its lead single, "Put You in a Song." The second single from the album, "Without You," scored a No. 1. In 2011, Urban earned a male country vocalist performance Grammy for "'Til Summer Comes Around" and later that year launched his Get Closer tour.