A voice from the street, to the most successful independent artist ever. 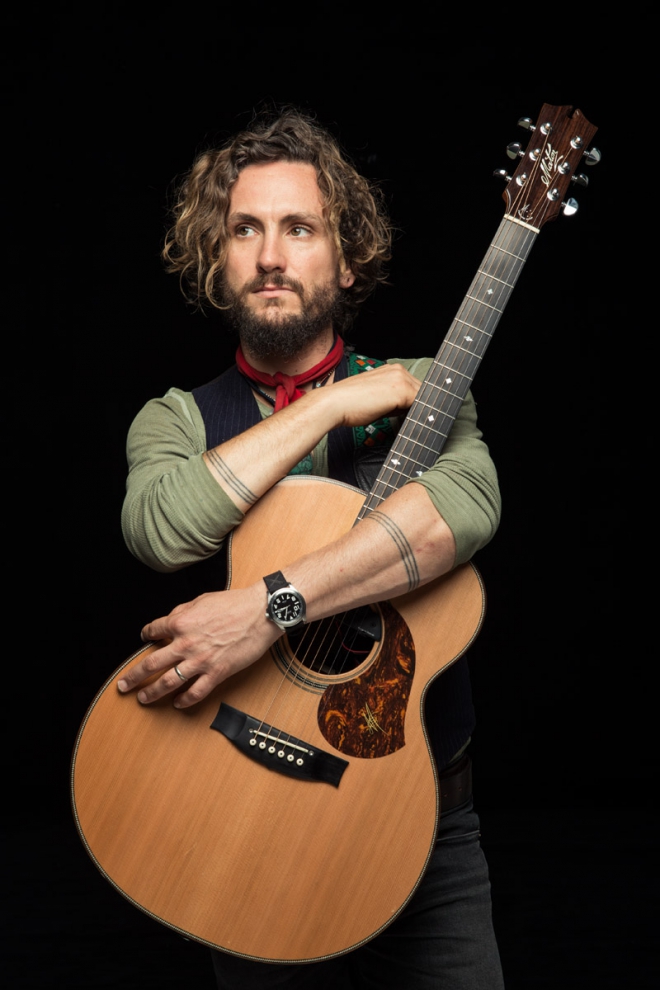 In 1998 John Butler was busking on the streets of Fremantle, West Australia. 3500 self funded cassette sales served as the foundation for becoming Australia's most successful independent artist ever.

Fast forward to 2012 and his label Jarrah Records has now been responsible for more than 800,000 CD sales in Australia. Since its release in 2007 The John Butler Trio's studio album 'Grand National' has received international acclaim  The Washington Post praised its "sauntering boogies with an affinity for hip-hop beats" and Rolling Stone Magazine said "Melody, Subtlety, Authenticity. Sophistication... Butler at his brand new best, blending his influences into a sound that is all his own...a hip shaking rollicking good-time album, proof that John Butler is ready to take things to that next level..."

'Better Than', the first single from the album held the top spot on the USA Triple A radio charts this year. Last year the trio won two ARIA awards for 'Grand National'; Best Independent Release and Best Blues and Roots Release, and they received top voting of the evening for their performance of 'Funky Tonight', with a special guest appearance by Keith Urban.

Butler owns and operates his own record label- Jarrah Records-- which has released John Butler Trio's last three studio albums and two live albums and his first self titled album. 2003's 'Sunrise Over Sea' was the first independently released album to reach number one in Australia, and, like 'Grand National', went on to enjoy multi-platinum success. Home to other artists such as The Waifs, Jarrah Records continues to pave the way for independent artists in Australia.

Butler is also receiving recognition for his innovative arts grant fund The JB Seed, which he oversees with his partner Daniella Caruana. Financed by donations from various sources, the JB Seed distributes over $100,000 in grants and funding each year to as many as 30 artists seeking financial assistance to help them realize their artistic aspirations.

Additionally, The JB Seed hosts a management workshop that brings together music industry newcomers and established veterans. Rolling Stone said, "The JB Seed looks to give other people the resources and confidence they need to get out there and do their thing." For more information, visit www.thejbseed.com

JBT have taken their music to the world and continue to grow in stature and popularity in USA, Europe and Japan. They have become favourites at iconic festivals such as Fuji Rock Festival, Glastonbury, Bonnaroo, Big Day Out, and Coachella where Bruce Fessier of USA Today said "John Butler revealed himself to be arguably the finest guitarist at Coachella Festival".

The John Butler Trio were thrilled to have toured USA with G Love and The Special Sauce in the  summer of 2007 and to have played many European festivals and delivered main stage performances at New Orleans Jazz Festival and Lollapalooza. The latter festival was recorded and has been released in 2008 as an iTunes exclusive album around the world.

In 2009 John was honoured to be asked to programme and headline the main stage at the annual East Coast Blues Festival, held in Byron Bay. It was a celebratory affair marking their 20th anniversary andBen Harper was the only other artist to be similarly honoured. The John Butler Trio also played three other Australian festivals and these were significant as the final shows with bass player Shannon Birchall and drummer Michael Barker.

In July John took to the Northern Hemisphere to perform a series of solo shows including the prestigious Montreal Jazz Festival for the first time along with other great festivals including Rothbury and the Mile High Festival in Denver. He returned to Australia in August to perform at the Cannot Buy My Soul Concert with a long list of talented local musicians taking to the stage to reinterpret the wonderful catalogue of Kev Carmody.

John Butler is an advocate of peace, environmental protection, and global harmony.He has supported The Wilderness Society and the Save Ningaloo Reef campaign.