Nano Stern’s path as an artist follows richly crafted song lines laid by his family and his Chilean musical ancestry and unites those with a sound utterly fresh and relevant. Nano has found something within that has positioned him as the voice of a generation. 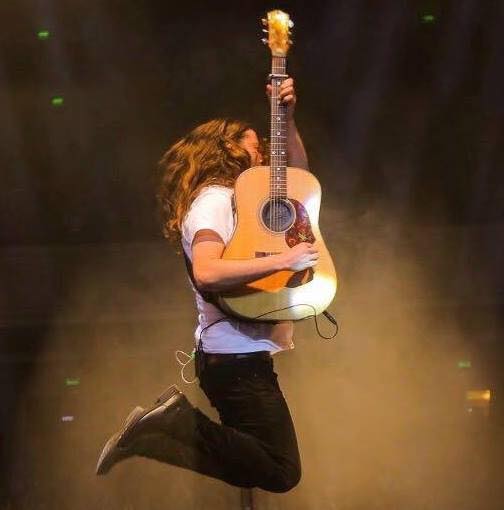 The grandson of Jewish refugees fleeing persecution, Nano’s childhood was painted vivid by not only his own family’s activism and musicianship but by the powerful legacy of the Nueva Canción movement lead by Chilean musical activists during Pinochet’s dictatorship a generation before.

Legends like Inti-Illimani and Victor Jara- who suffered exile and even death during these troubling times-continue to inspire Nano’s breadth of sound and emotion. “I am extremely respectful of the tradition,” explains Stern, “It is an enormous gift we received from the people of the past.”

When only fifteen, Nano joined popular Chilean underground band, Mattoral, and thus was initiated into the fresh, new sounds and socio-political pulse of the South American rock/punk scene. The thick rock-energy of Mattoral, his classical and jazz training, and the powerful influence of traditional, Chilean revolutionary music make for something purely Nano.

What has emerged is a powerhouse artist, brilliantly layering indigenous, African, and European elements into a sound all his own, and humbly bringing audiences to tears, to their feet, and to reverie with a singular kind of emotion and soulfulness unlike any other South American artist performing today. “I’m generally working to create a language of my own,” he says. The world emphatically agrees.

Folk legend Joan Baez remarked, “[Nano] may be the best young Chilean songwriter of his generation. With his lyrics, melodies, message, delivery, humor and heart, he gets my vote”. Agile across a range of instruments, Nano’s closest companions remain simply his guitar and staggering vocals, and with them come fluent, extraordinary musicianship and a wide-open heart.

Oscillating between the personal and the political, outspoken, passionate, and experimental, it is perhaps Nano himself who captures his musical ethic best when remarking, “In the measure that I’m able to vibrate strongly, other people will resonate. If that frequency is intense, other things around it will vibrate together with it. Music in the end is that. We can put aside words, and genre, and tradition. In the end, it is all about a movement of air that makes our bodies move. It’s the most mysterious thing.”